“Trigger warnings might also communicate to people that they’re fragile, and coax them [to] interpret ordinary emotional responses as extraordinary signals of danger.”

The New Lexicon of “Offence” and Para-Morality

In the West, we are already suffering from information overload and a loss of quality communication. It seems people are more afraid of exchanging pleasantries with a stranger than ever before thanks to an overemphasis on negative news in the media as well as the addiction to our smart phones. If you simply want to say “hi” to an attractive man or woman; to chat with someone you don’t know over the deli counter, the gas station or in the street while waiting for a bus… there will increasingly be this niggling thought of saying the wrong thing and offending someone through a cultural programming that is changing our language as well as restricting it. We have a very real collective fear of saying the wrong thing that is causing a conformity to a flawed consensus that doesn’t exist, except in the minds of those who get paid to push this agenda. The Orwellian Offence Police are active in entertainment, universities, the work place and in government, with numerous examples of the most insane persecution imaginable.

The following phrases are in most left-liberal academic and social justice warrior’s lexicon wrapped up in the desire to virtue signal – that now overused phrase from the right –  used to dismiss the logic of free speech advocates and ordinary people in their daily lives.

Trigger Warnings – According to the Oxford English Dictionary a trigger warning is: “A statement at the start of a piece of writing, video, etc. alerting the reader or viewer to the fact that it contains potentially distressing material (often used to introduce a description of such content)”. This is a very convenient way for the Establishment to make sure that its population self-censors. Trigger warnings were originally developed by psychologists for war veterans, victims of sexual abuse or common trauma as a means to flag content which might stimulate a re-run of painful memories. Unfortunately, this has now been extended to the university campuses and the arts & entertainment industry (which is perhaps less of an issue given the state of graphic sex and violence on TV) and is now used to provide protection from words and opinions this precious generation doesn’t like; any discomfort at all in fact, a far cry from the preventative measures designed for genuine victims of war, violence and/or sexual abuse.

This postmodern paranoia has infiltrated minorities and student life with a vengeance. Sex, race and politics are all foci for trigger warnings causing protests, demonstrations, self-important letters with lists of demands for faculty members and even their removal due to perceived bias, sexism, racism or the violation of their hallowed safe spaces. [1]

Trigger warnings have been imposed in many university curricula due to students’ demands. The control of university policy – whether it is ethnic minority students feeling victimised or screaming young feminists demanding attention – any kind of encroachment of reality and therefore distress has led to warnings on such books as Things Fall Apart by Chinua Achebe, Mrs Dalloway by Virginia Woolf, The Great Gatsby by F Scott Fitzgerald, and The Merchant of Venice. Yes, now Shakespeare is deemed threatening, a  trend that is also taking place in Britain, with Cambridge University picking up the PC gaunlet. [2]

To pander to this inner health and safety zone one student offered his university faculty tips on how to proceed: “For instance, one trigger warning for “The Great Gatsby” might be: (TW: “suicide,” “domestic abuse” and “graphic violence.”) […] Thanks to the vague tags within the warning, readers and unaffected students alike can approach a narrative without the plot being spoiled. Yet, at the same time, students who are unfamiliar with these works can immediately learn whether courses will discuss traumatic content. […] Professors can also dissect a narrative’s passage, warning their students which sections or volumes of a book possess triggering material and which are safer to read. This allows students to tackle passages that are not triggering but return to triggering passages when they are fully comfortable.” [3]

END_OF_DOCUMENT_TOKEN_TO_BE_REPLACED 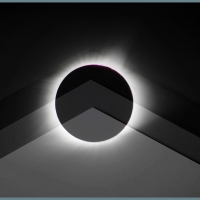