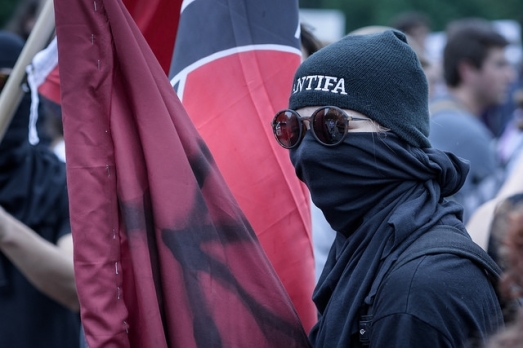 “Of all recent social struggles, anti-fascism faces perhaps the most difficult road toward establishing itself as an extension of over a century of struggle against white supremacy, patriarchy, and authoritarianism.”

There are many more influences appearing across society that determine whether we can express controversial opinions or not without fear of reprisal. This is the hallmark of a free culture. If free speech becomes conditional, the collective shadow of societies are pushed underground thereby energising them with renewed power. Those who believe they have never been heard in the first place and are refused an opportunity to air their beliefs – even if fringe and repellent to most of us – will become further polarised. Yet, extreme views are being used as justification to target moderate beliefs and opinions. Such perspectives which make up the majority find themselves caught between two extremes and thereby denied access to reasonable discourse. This can only cause more divisions surrounding the notions of truth and morality, values and purpose and the ontology of meaning.

It is this obfuscation of truth by an ideology that favours nihilism and deconstruction for its own sake that is causing serious problems to the very idea of social justice since it focuses not on the major issues of our time that could promote unity as we strive to obtain solutions, but directs enormous amounts of intellectual and emotional energy upon that which divides us. This is ironically, the centuries old principle of the Establishment classes. Further, there is no evidence at all that institutionalising microaggressions and trigger warnings assists the development of well-adjusted and resilient students – quite the reverse. Universities are becoming enablers of a generation that is manifesting a range of mental illnesses which the psychiatry Industry and its Big Pharma paymaster happily exploits and enhances.  With child abuse, neglect and the rise of infantilism and narcissistic family dynamics, one wonders how much of the SJW angstivism is actually a product of degrees of undiagnosed trauma.

It’s a widening of core imbalances in societies which can be likened to a series of psychic explosions overlapping in concentric circles – each fuelling the other as they touch. In the central core are what I call the Four Drivers of the Deep State infused by the psychopathic mind. It is this that determines the profitable yet wholly unsustainable machinery of our world. All else derives from this core imbalance. Any subjective, lazy thinking which inspires division and tribalism acts as a mask over which this darkness continues to thrive. Mental illness and trauma-based dysfunction offers a fertile base for ponerological expansion.

And rising up amongst all this in troubled America is yet another symptom of social chaos in the form of militant anti-fascism, or Antifa. Like so many on the hard left, Mark Bray (quoted above) chooses not to see that the authoritarianism of which he speaks knows no ideological boundaries. Its pathology rises up just as easily within the left radicalism he worships. Bray and others believe they are taking pre-emptive measures against neo-Nazism and choosing not to see that using the same rule book as their nemesis will feed that particular beast and indeed, magnify its reach. The more Antifa fights fire with fire the more likely it is that such direct action will be used by the very Establishment forces they claim to be against. For an academic with a focus on history Bray’s rationalisations appear to have made him blind to its lessons.

“Despite our many differences over specific policies, most Americans have traditionally supported the side of liberty, tolerance, free speech, and peaceful political change, within broad parameters. That side is in opposition to the violent, authoritarian thugs of the right and of the left. If we regain our faith in what we already have, there’s no reason to choose between rival siblings competing to rule over the ruins of everything that’s worthwhile on behalf of their illiberal family.”

– Choose Sides? You Bet. But Antifa and Fascism Are the Same Side, By J.D. Tuccille

END_OF_DOCUMENT_TOKEN_TO_BE_REPLACED 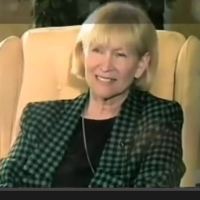 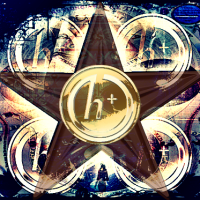